Early this morning, James Hodgkinson opened fire on a baseball field with Congressional Republicans playing in a game.  Notably, Hodgkinson made sure to confirm that the field was filled with Republicans and not Democrats before he opened fire:

Rep. DeSantis: Man Asked Whether Republicans or Dems Were on Field Before Scalise Shooting @foxandfriends https://t.co/BhVapqddNW

This is not surprising at all, given the shooter’s overt leftward leanings; the mainstream media could even be to blame for radicalizing Hodgkinson to the point of rage in which he felt the need to shoot a field full of Republican Congressmen.   As many have already stated, those at the field were fortunate that Rep. Steve Scalise (R-LA) was there, as his presence demanded a Capitol Police security detail which likely saved many lives.

In the hysteria of denouncements, finger-pointing, and even celebration, one thing was left unstated; those at the field are beyond fortunate that Hodgkinson had no idea how to accurately and properly fire a rifle.  In fact, he appears to be so poor of a shot, he would likely have caused more harm with a car or a truck.

Though it has not been confirmed as of the time of this article’s publication, according to CBS, the shooter appears to have used a rifle “similar to an M4”.  However, The Truth About Guns provided a disclaimer when citing the information:

Always remember: mainstream media sources are notoriously bad at getting facts about firearms right, so take the above with a grain of salt.

With that in mind, we can state with reasonable accuracy that the shooter used an AR-15-style semiautomatic rifle chambered in .223/5.56mm.  Rep. Mo Brooks (R-AL) shared specifics on the shooter’s engagement distance with his victims:

Update:  The rifle was confirmed by the ATF as being an SKS 7.62, which is almost certainly the 7.62x39mm version.  As The Truth About Guns stated, this is why you always take mainstream media sources with a grain of salt.  We should already know that, right?

Rep. Brooks praised his security detail. He said they were facing a rifle — shooting through a chain link fence — with pistols at 90 to 100 feet distance “He shot at least 50 times,” Brook said.

So Hodgkinson had the element of surprise, the far superior accuracy of a rifle vs. that of Capitol Police toting handguns, had his targets at an incredibly close distance (inside 50 yards) with Capitol Police outside of optimal pistol engagement distance (~25 yards), had the time to take “at least” 50 shots (some are reporting up to 100 shots were fired)…

…and he still couldn’t manage to kill anyone, getting outgunned and killed by Capitol Police before he could cause any harm beyond serious injury.  If this guy received any instruction on rifle marksmanship, it was likely from a squad of Antifa LARPers.  Even staunch anti-gun advocate Gabrielle Giffords (pictured above and who, coincidentally, was shot by a different lunatic) put on a better display of accuracy, and with less than half the number of rounds used by Hodgkinson.

Even with his glaring lack of firearm ability, Hodgkinson would have been far more dangerous if he armed himself with a rifle chambered in a more powerful caliber.  The AR-15 is most commonly sold in the .223/5.56mm configurations listed above, and is noted for its sustained accurate fire at distances of up to 300 yards.  The sustained accuracy of the .223/5.56mm class of weapons is obtained by trading off a significant portion of size and power in the round used.  Even without any practice or training, a rifle chambered in a heavier round such as .308/7.62x51mm would have caused much larger wounds that could have resulted in many more casualties.

Don’t believe me?  Take a look at the ammunition in question for yourself:

And it’s not as though this is a rare thing to see – the “battle rifle”-sized .308 cartridge is quite common, with many AR-style platforms being chambered in the round:

In fact, the .308/7.62x51mm cartridge is so highly regarded, the US Millitary has outfitted many soldiers with the Mk14 Enhanced Battle Rifle to supplement soldiers using M4 rifles in .223/5.56mm. 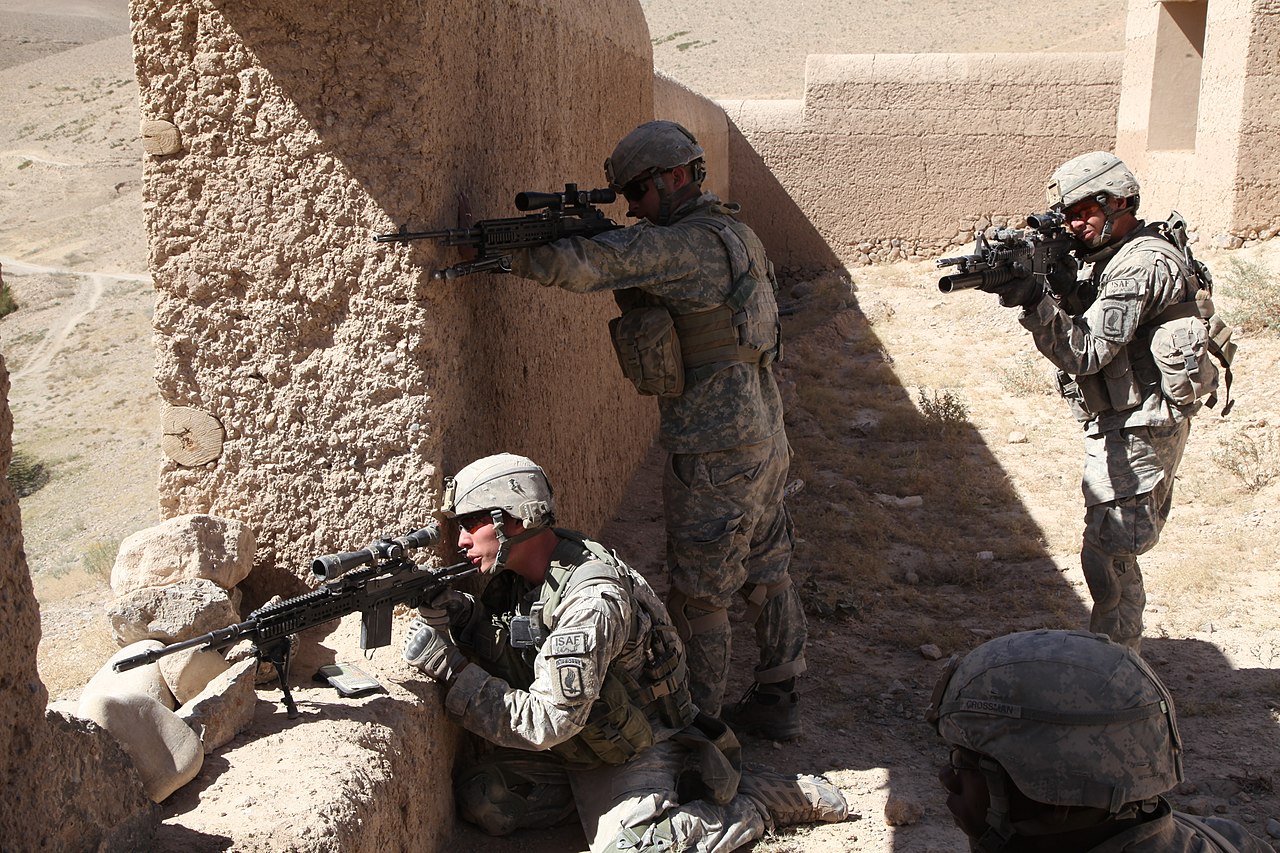 But, alas, the gun control crowd will take this opportunity to blame the firearm Hodgkinson chose to use, oblivious to the fact that a far deadlier option is available, yet never used… likely because this “Bernie Bro” followed their lead and considered the AR-15 his best available option…

…when the truth is, given his lack of firearms experience, Hodgkinson likely would have caused more casualties if he drove a car or truck onto the field and ran down as many people as he could.  Don’t you worry though; it’s the gun that’s the problem, not the climate of violence against Republicans created by mainstream media.

As many remarked about this website’s prior article on Antifa’s laughable “Range Day” intimidation video, it would not take very much practice and training for violent radicalized leftists to become proficient killers.  We should all be fortunate that liberals haven’t chosen to learn how to properly exercise their second amendment rights; according to The Truth About Guns, 68% of firearm murders are committed by Democrats.

If and when a group of lunatics like Hodgkinson learn some proper training and marksmanship, it will be far more difficult for even highly-trained and courageous Capitol Police to stop them.  And, unlike the gun control crowd would like you to believe, no amount of “gun control” would stop a lunatic from using any possible means to brutally murder as many people as possible.

Common sense gun laws encourage American citizens to carry their weapon wherever they might need to defend their own life.

Rep. Scalise’s presence was likely what saved the day; Capitol Police would not have been present without him.  Do not expect to have the fortune of a House Minority Whip’s level of personal security if you are targeted by one of these lunatics; learn how to use a firearm properly, get a concealed carry (CCW) permit, and carry your weapon with you… if you are fortunate enough not to live in one of the liberal enclaves that denies that right to its citizens.

Perhaps it’s times like these in which that whole “national CCW reciprocity” thing might come in handy for you?

UPDATE: At 8:33AM EST on 6/15/2017, as per The Hill, Rep. Bill Johnson (R-OH), who was present at the baseball game, confirmed what Free Market Shooter had already stated the day before:

Rep. Bill Johnson (R-Ohio) is calling it an “act of God” that the shooter who opened fire at a congressional baseball practice Wednesday morning in Virginia did not have better aim.

“It had to have been an act of God to throw his marksmanship off because the members were sitting ducks out there,” Johnson, who was at the baseball practice, said during an interview on Fox News.

“Many of them were stationary when the shooting started. But he saw many of those members jump into that first base dugout, and that is why he started working his way around behind the fence.”

Yes, it was an act of god… that Hodgkinson didn’t bother to learn and practice the basic fundamentals of marksmanship.

Update 2: As stated above, the FBI and ATF have released a report that details that the rifle in question is an SKS 7.62, which almost certainly is referring to the 7.62x39mm round.  It is a slightly heavier round than the .223/5.56x45mm cited above, though still not nearly as powerful as 7.62x51mm.  The photo in this post has been updated to provide a more accurate representation.

As The Truth About Guns already stated, this is why we take mainstream media reports with a grain of salt, as they are notoriously bad about providing the correct information on anything, which obviously includes specifics on firearms.